I finally got to see Knausgaard speak at the Fleck Theatre in Toronto on October 25th.  The highlight was definitely at the end when I had him sign his autograph of one of my favourite excerpts on page 69.  He briefly gave me a smile of hilarity since I had underlined almost all of two pages.  The funny thing is that when I was asked before by a worker there to pick out my favourite page and have if ready for him to sign, I was almost overcome in trying to pick my favourite excerpt.  There are pen underlinings all over my personal version of this novel.  In the end, nothing more effective can be used as an instrument to measure my liking for any piece of literature.
In part because I had just finished the first book of "My Struggle", but also because Knausgaard's strengths of form as a writer continued, I found Part 2 easily immersed with Part One.  The themes that arose in Part One when Knausgaard talks about his father's traumatic death ranged from topics like solitude, drinking, writing, memory and family.  In Part Two, he maintains the same rich Proustian style while opening other spectrums, as we look at the narrative of life with his wife Linda.  One of these spectrums is his emotional struggles in accepting fatherhood and departing from past individual freedoms.  The crux of his struggles and the duty of his survival was nourished by the never ending search for meaning.  He shows us we often have to search among the banal, intrinsic and daily occurrences for these meanings.  Knausgaard is able to still provide richness to his interior self from these sources.  The evolving stages of a lifetime commitment to another is presented in all shades and colours by Knausgaard.  Internal pendulums swing at various speeds back and forth.  Longing corrupts full enjoyment of this life stage of parenting children and household tasks, but is also perhaps necessary to provide sources of hope, purpose and meaning.
Knausgaard entangles the theme of death from Part One with birth in Part Two.  The reflections are a middle-aged man's perspective.  The longings and regrets about the past come with the fears and unease about the future.  Many of these feelings are forcefully bottled up and are perhaps only expressed in an extroverted manner through Knausgaard's joyful alcohol consumptions and conversations with his fellow writer friends.
The essay style he possesses is able to synchronize perfectly with the narrative.  It is somewhat of a philosophical journey of various ideas, thoughts and theories, that not only resemble Proust but also emanate other great writers like Borges or Bolano.  Like a true existentialist, all Knausgaard can do is attempt to derive meaning from what he knows is a life of uncertainty.  As he says, "the life around me was not meaningful.  I always longed to be away from it.  So the life I led was not my own.  I tried to make it mine, this was my struggle."
There was no letdown in Part 2 from the brilliant work of Part One.  In fact Part Two is a 21st century, ground-breaking classic.  Life is truly experienced through Knausgaard and his everyday experiences and thoughts.  This is what every writer can only hope to accomplish.  Knausgaard is one of the few that have.
*****

This collection of short stories centers around Bolano's repeated character depictions and their Odyssey journeys.  The struggling poet coming to terms with Pinochet's takeover of Chile in 1973, the overall violent culture of Latin America, sex, drugs and post-graduate discussions on literature.  The dark, brooding and deep sentences of Bolano, make him one of the most masterful narrators of the post-modern age.  This book has an autobiographical flare, as Bolano's own odyssey was leaving Chile to work in Mexico, returning briefly just before the Pinochet coup, being briefly detained and then becoming the vagabond poet with apparent accounts of drug usage, eventually settling in Spain.

Some of Bolano's character portrayals, particularly of the vagabond poet or the female whore, border so close to cliche that they almost become terminally offensive after having read about them for several stories in a row.  How many times do we have to hear about the neurotic with their aimless night wanderings(in and out of the watering holes and cheap motels)and meaningless screws?
Unlike when reading "2666" for the first time, where Bolano analyzes modern German literature like it never has been before, within a book of dead bodies and drug intake, the brief interludes in "Last Evenings" into little-known French surrealists and Chilean poets become tiring, as the reader becomes all too aware of Bolano's arching themes.
A lot can be forgiven, however, when it comes to Bolano's skill as a writer.  He is one of the few who has the ability to be both elegant and brief.  To cover the metaphysical within a brief sentence format.  These are a few of the quotes from "Last Evenings":
"These shadows have a life of their own, says K.  At first B thinks
nothing of her remark.  But then he observes his shadows, or
perhaps it is hers, and for a moment that elongated silhouette
seems to be looking askance at him.  It gives him a start.  Then
all three or four of them are swallowed up by the shapeless dark."
(Days of 1978)
Or:
".....the human race suffering and laughing as it marches toward the
void"
(Vagabond in France and Belgium)
Finally:
"Well the secret story is the one we'll never know, although we're
living it from day to day, thinking we're alive, thinking we've got it
all under control and the stuff we overlook doesn't matter.  But
every single damn thing matters!  Only we don't realize.  We just
tell ourselves that art runs on one track and life, our lives on
another, and we don't realize that's a lie."
(Dentist)
***
Posted by Unknown at 19:08 No comments:

With Sisyphus' inner thoughts at bay
Mirrored in childhood psyche
I get the end of winter alone.

My son a groove in the dining chair
My lover a buoy thrown to the swimmer
I can't explain-
As the bees mirror my forehead.

The architecture has always crumbled and burned-
I could not find the exact materials
But one said plasticine could handle more tension,
Than being alive with displaced eyes.

"Capital" is a landmark publication with possible historical ramifications, dependent in large part, on how the outside world accepts Picketty's no-nonsense approach to the title of his book.  The original publication certainly became a talking point all around the main economic front.  We have to ask why this is the case.  It is in part because Piketty used standard and proper academic practices of proof, in-depth data and explanation.  The other is that his data displayed inequality on a grand scale with at least several ideas that the entire world should ponder, one being that capital will grow faster than the economy in the 21st century and that the money made in return for capital will almost go exclusively to our 1%.

What makes this novel truly postmodern is that Kundera's philosophy takes precedence, with there being a thin traditional narrative put in the background.  It has a lack of rounded characters, in-depth plot and a setting of Communist Czechoslovakia playing a distant role.  Philosophically, Kundera explores Nietzsche, Rousseau but most of all the subject of the title.  He defines the lightness before it becomes unbearable as kitsch.  Kitsch is a dictatorship of the heart.  In other words, "the brotherhood of man on earth will be possible only on a basis of kitsch."

Winter morning darkness
You become a faceless cell
Yet underneath, the unspoken,
The unmeasurable
A civil war scurries on
Small-scale, skirmishes and battles 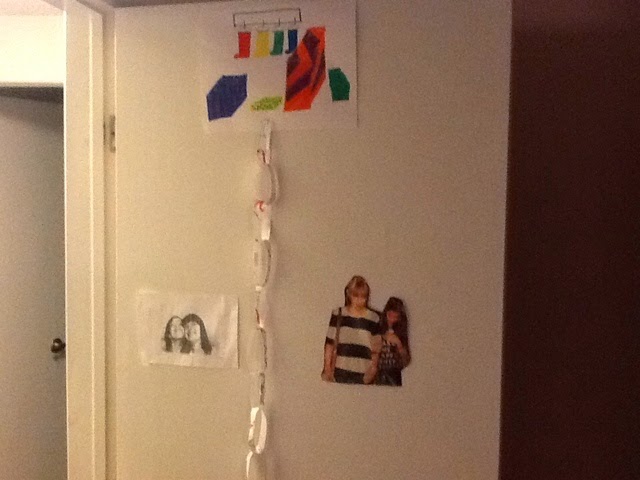